10 influential black designers from past to present

February is Black History Month, which gives us an excellent opportunity to learn about and appreciate the cultural contributions and achievements of African-Americans. At Lucidpress, we're passionate about great design and inspiring everyone to create beautiful things. So we're delighted to bring you this list of 10 influential black designers, reaching back to the beginning of the 1900s and continuing up to the present day. Let's dive in!

We start with Charles Dawson, who was born in 1899. He became well-known in the 1920s-30s for his illustrated advertisements, especially for beauty products and black artists. Unsurprisingly, his journey includes many firsts which paved the way for students after him to pursue their passions. 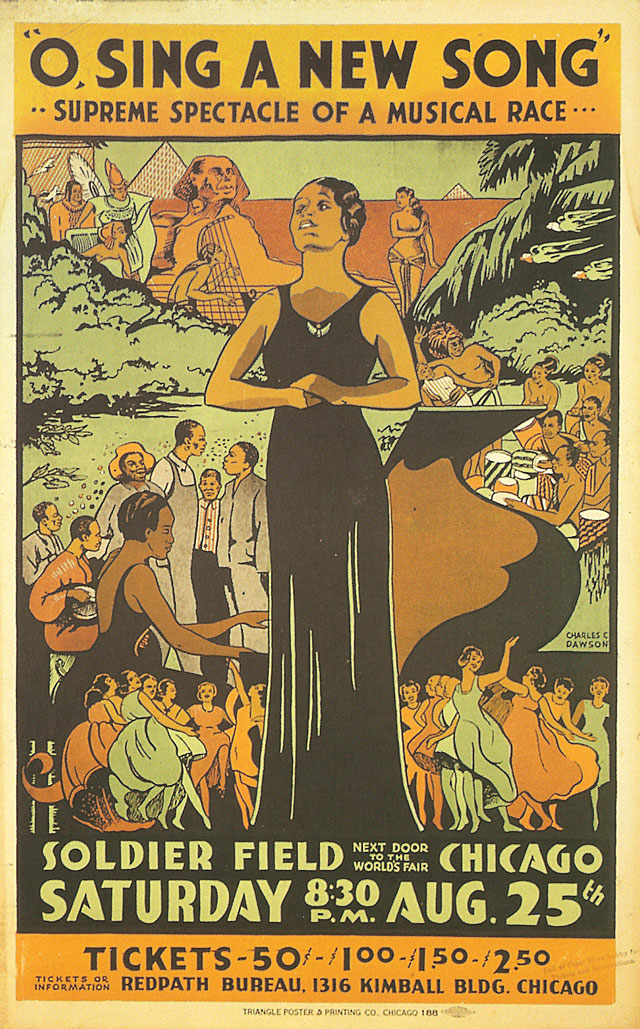 In 1907, Dawson was the first black student admitted to the Art Students League in New York. It was a challenging environment where he faced many instances of bias and discrimination. In 1912, he took the summer to work in a buffet car and save tuition for the Art Institute of Chicago, which he observed was "bias-free." An active student, Dawson was involved in several jobs and student organizations. He was a founding member of the Arts and Letters Society, the first black artist collective in Chicago.

Dawson started working for Chicago Engravers in 1919 and departed three years later to become a freelance designer. With fellow alumni from the Institute, he established the Chicago Art League, an exhibit group for black artists. Throughout his career, he would break more barriers:

For much of the 1930s, Dawson worked for Valmour Products. In 1944, he became the curator for both the Museum of Negro Art & Culture and the George Washington Carver Museum, where he served until his retirement in 1951.

Aaron Douglas was also born in 1899, but his contributions to the Harlem Renaissance (then called the "New Negro Movement") helped to propel the art style forward. He blended the geometric shapes of Art Deco, the linear rhythm of Art Nouveau, and the rich traditions of African art to create something entirely new.

Graduating with a BFA from the University of Nebraska in 1922, Douglas taught art in Nebraska and Missouri high schools. In 1924, he moved to New York to apprentice for Winold Reiss. After designing magazine covers for Opportunity, The Crisis, FIRE!!, and Harlem, he became a highly sought-after cover illustrator, especially among black writers.

Douglas continued to shape the Harlem community, crafting several murals including the famous Aspects of Negro Life. In 1938, he moved to Nashville, Tennessee, to found the art department at Fisk University—a department he chaired for nearly three decades before retiring in 1966.

We jump forward a few years to Leroy Winbush, who was born in 1915. His ambition might be summarized best this way: though it took him 11 years to be accepted as the first black member of the Art Directors Club of Chicago, it took him only five more to become its president. 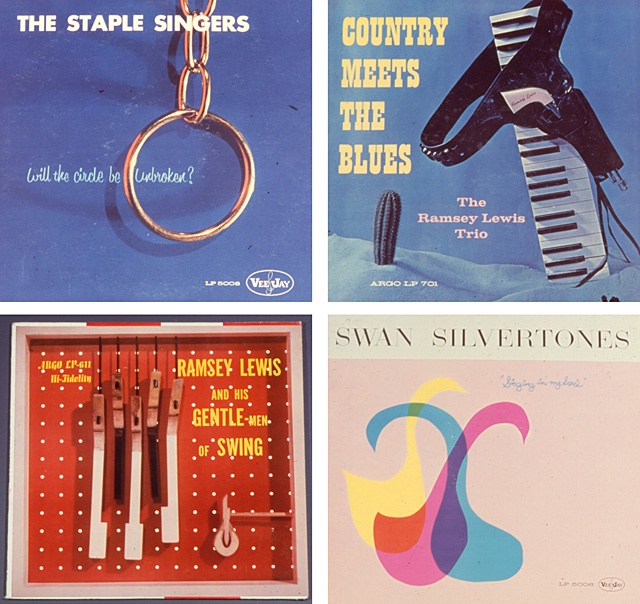 Winbush started designing in 1936, merely one year after high school. He apprenticed making signage, murals and flyers. When he joined the sign shop at Goldblatt's department store, he was the only black employee. Seven years later, he was the company's Art Director, overseeing a staff of 60 people.

In 1945, he founded Winbush Associates, his own design firm. Colleagues say he split his day between art-directing for Consolidated Manufacturing Company and for Johnson Publishing (Ebony, Jet). His career spanned many highlights:

Winbush also gave back to his community through education. Despite having no formal education himself, he taught visual communication at School of the Art Institute of Chicago. He also developed a long-term exhibit about sickle-cell anemia for Chicago's Museum of Science.

Thomas Miller was born in 1920. When he graduated from the Ray-Vogue College of Design in 1950, he was the institution's only black student. Soon afterwards, he was one of two to be accepted into the Society of Typographic Art. 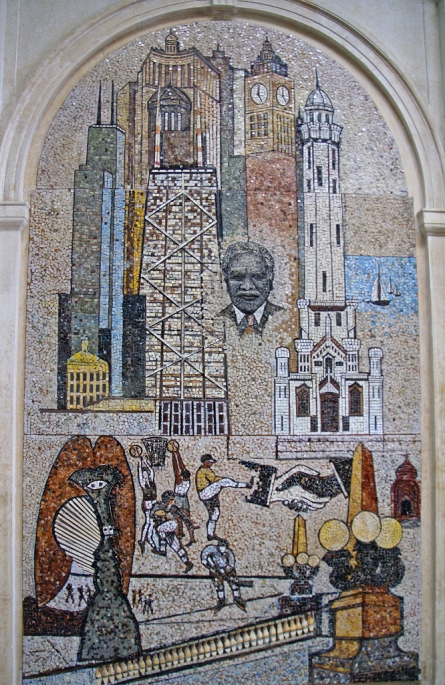 Miller enjoyed decades as a successful commercial designer. After working for Gerstel/Loeff, he joined the international design firm Morton Goldsholl Associates, where he worked for 35 years on large ad campaigns, such as 7-Up's major redesign in the 1970s.

When he wasn't working, Miller still followed his own artistic passions, creating oil paintings and monotypes in his signature style. One of his most well-known projects can be seen today in the DuSable Museum of African American History: he created mosaic portraits of the museum's eight founders.

Learn more about Thomas Miller at The History Makers and Wikipedia.

A graduate of the Illinois Institute of Technology, Emmett McBain (born in 1935) also studied at the Ray-Vogue College of Design as well as the American Academy of Art. He became a designer for Vince Cullers and Associates, the first black-owned ad agency. But that wouldn't be the last time he was a pioneer in African-American advertising. 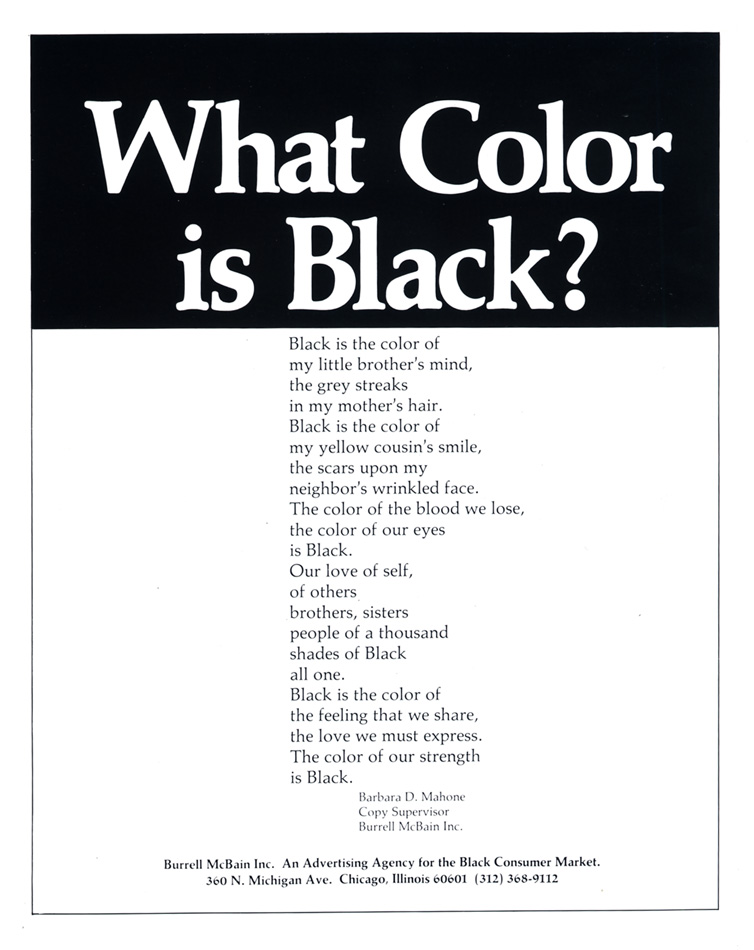 "What Color is Black?" poem advertisement

McBain enjoyed a varied design career, from being Playboy's promotional art director to designing album covers for Mercury Records. He worked for J. Walter Thompson and Associates, where he took part in Ford's 1964 campaign to introduce the Mustang.

In 1971, McBain partnered with Tom Burrell to form Burrell McBain Inc. This ad agency pioneered advertising to African-American markets and introduced corporations to the concept that "black people are not dark-skinned white people." Their campaigns recognized and emphasized the demographic and cultural differences that had been previously ignored in mass media. Though the agency is still around today as Burrell Communications Group, McBain left in 1974 to pursue art and support black artistry.

Learn more about Emmett McBain in this NewCity article.

In one of his most famous ads, Archie Boston leans over a table of pens and eyes the camera. "I told Pentel what to do with their pens," the headline declares. "And they did it." It's a single example plucked from Boston's long career of self-aware, provocative work. 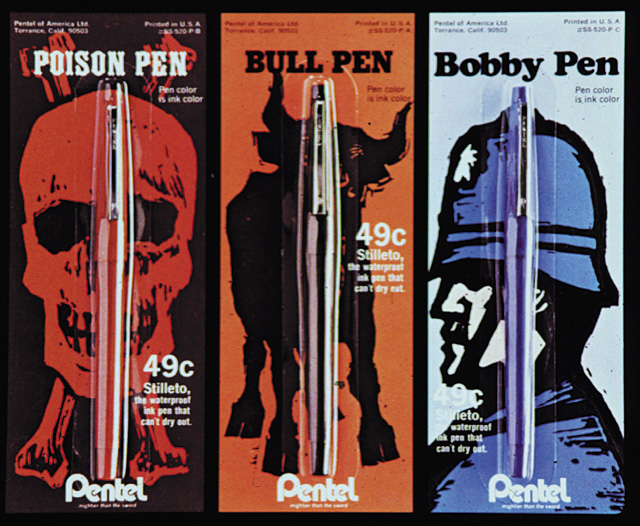 Born in 1943, Boston attended Chouinard Art Institute (later called CalArts) in 1961—and nearly dropped out to take a job in advertising. Instead, he took an internship at Carson/Roberts during his senior year. After working with his brother Brad on a variety of projects, the two founded Boston & Boston design in 1967. They never shied away from race in their work, opting instead to acknowledge it directly and challenge audiences to rethink their assumptions and prejudices.

In 1969, Archie joined Botsford Constantine and McCarthy for eight years. During his time there, he also founded Archie Boston Graphic Design and began taking clients in 1973. Later he became the first black president of the Los Angeles Art Directors Club.

From his 20s onward, Archie has been a teacher. He started at Chouinard, and currently he's a professor at California State University Long Beach (CSULB), where he's taught for nearly 40 years.

The first female designer on our list, Sylvia Harris was born in 1953. She earned her BFA in communication arts and design from Virginia Commonwealth University, and her MFA in graphic design from Yale University. 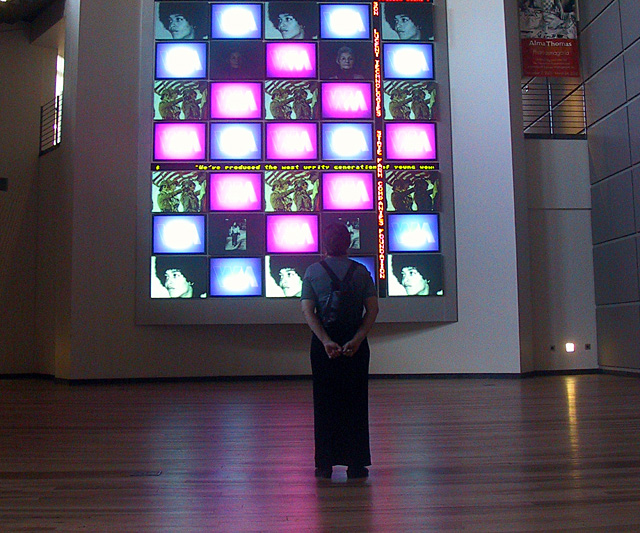 Exhibit design for The Women's Museum

Harris spent much of her career in the public sector, planning and improving the communities around her. She started as a designer for WGBH, Boston's public TV station. From there she moved on to The Architects Collaborative (TAC) headed by Walter Gropius, and then the prestigious Skidmore, Owings and Merrill (SOM). It was at SOM that Harris got involved in environmental urban planning; her clients there included the Massachusetts Bay Transit Authority and the U.S. Department of Transportation.

In 1980, along with two partners, Harris founded Two Twelve Associates, a graphic design consulting firm. She worked on projects for many clients, including the New York State Council of the Arts, Port Authority of New York and New Jersey, and the Central Park Zoo. She also taught design students at Purchase College State University and at Yale.

Gail Anderson was born in 1962 and studied at the School of Visual Arts in New York. The art of words and letters have played a major role in her design career, starting from the beginning when she worked at Vintage Books and The Boston Globe Sunday Magazine. As an expert in conceptual typography, she works with all sorts of materials—traditional and non-traditional—to create eclectic expressions of style.

Anderson was an impressive fixture at Rolling Stone Magazine for 15 years. Starting as an associate in 1987, she rose to become its Senior Art Director before departing in 2002. From there, she joined SpotCo, one of New York's largest entertainment design agencies. Again, she rose to the top to become its Creative Director before departing in 2010.

Residents of New York City are likely familiar with Anderson's work without even realizing it. Her poster designs for Broadway and off-Broadway plays have been hung all around the city and featured in outdoor transit advertising.

Currently, Anderson is a partner at Anderson Newton Design with Joe Newton. She's also a faculty member at the School of Visual Arts, and she's co-published several books on typography and graphic design.

Born in England in 1972, Eddie Opara studied at the London College of Printing and at Yale University. After earning his MFA in 1997, he moved to New York City to work for Imaginary Forces. 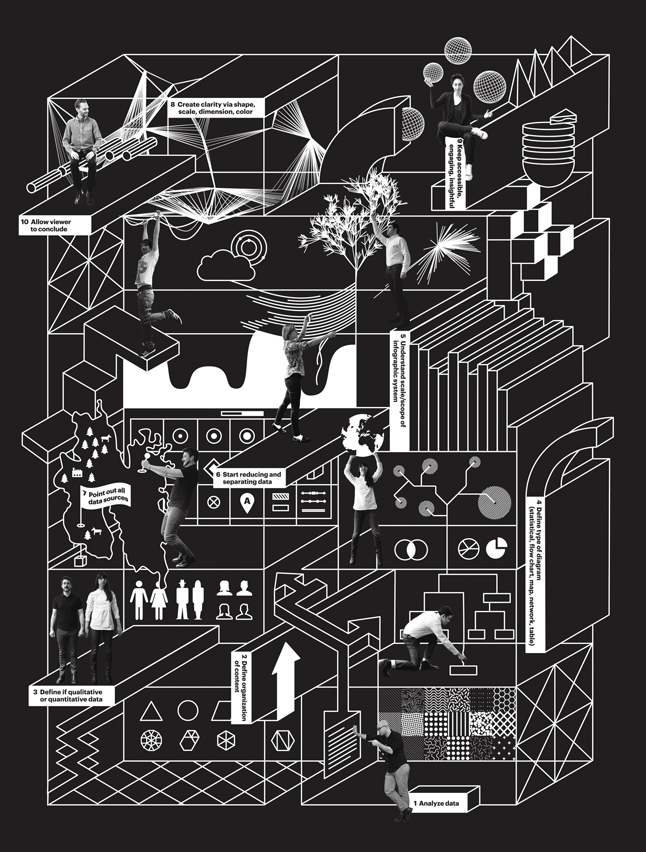 Infographic about infographics for Fast Co.

It wasn't too long after that when Opara became the Art Director for 2 x 4, the influential design studio. In 2005, he founded his own interactive design studio, The Map Office, in New York and began work for clients such as the Studio Museum in Harlem, the Architecture Research Office, the Queen Museum of Art, and New York University. In 2010, Opara joined Pentagram as a partner.

Opara's work sits at the intersection of design and technology. He has earned numerous awards in his career, including a Gold Cube from the Art Directors Club. His work is the permanent collection of the Museum of Modern Art (MoMA). In 2012 and 2014, he was named one of Fast Company's 100 Most Creative People in Business. Today, he's also a senior critic at Yale.

Rounding out our list today is Michele Washington, who studied at the School of Visual Arts and Brooklyn's Pratt Institute before working for Vogue Butterick Patterns. Her career in media is wide-ranging, from newspaper design at the Chicago Tribune and The New York Times to editorial art direction at Essence and Self magazines. 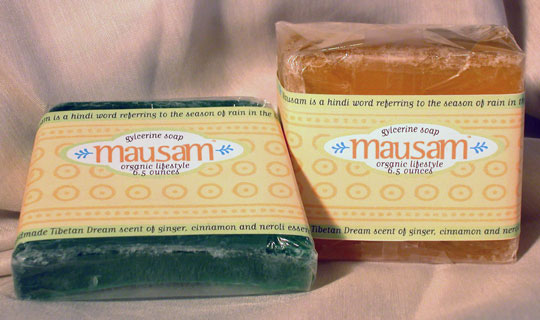 Multi-cultural influences abound in Washington's work, as her colorful designs often incorporate language, patterns, and textures from many cultures around the world. One example is the bright and earthy product packaging for her line of natural home & body products. Many of her design influences are featured in articles she's written for her website, CulturalBoundaries.com.

This is only a handful of the incredible black designers who've shaped our visual culture and continue to influence it today. It's important to recognize not only their talent but their determination to overcome any obstacles and pave the way for future designers. Major thanks to the AIGA for being an invaluable resource in researching this post. If you enjoyed it, please share it with your friends and followers! 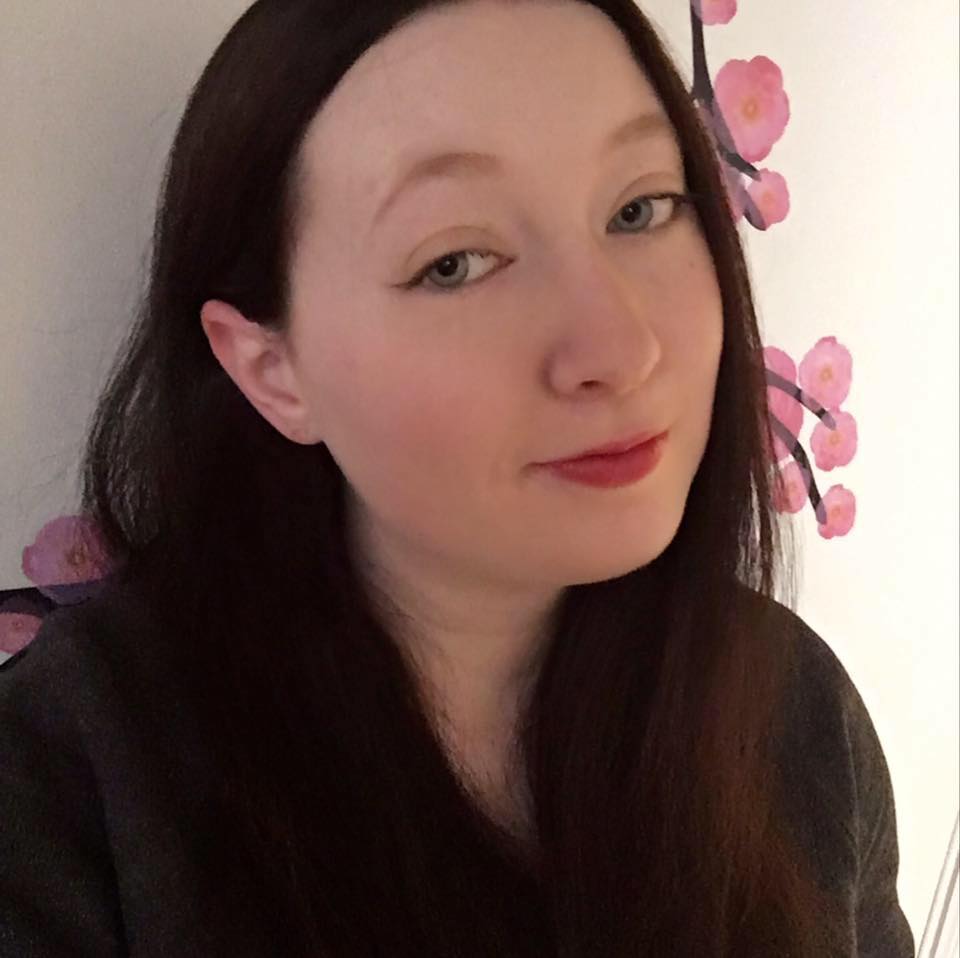