How to get your rebranding strategy right

When you think about Coca-Cola, what pops into your head—is it the taste? Or, perhaps, the fizzy brown color? Maybe you think of a classic or recent ad. If you're like me, it's the vivid red-and-white logo adorning the label.

Related: Is your brand outdated? When to do a brand refresh

When you think of all of these things, you're thinking of Coca-Cola's brand as a whole. If lots of different Coke-related images popped into your head just now, then Coca-Cola's marketing team has done its job. 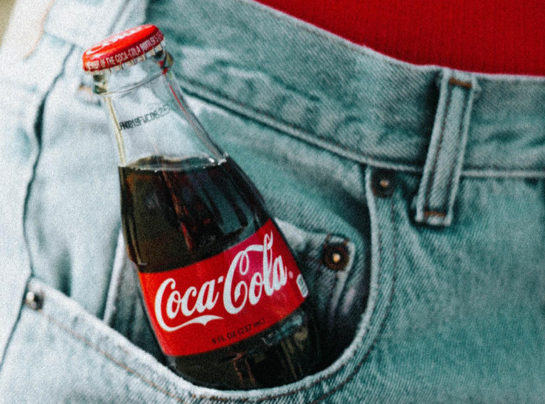 Too many people think branding begins with choosing a name and ends with picking a logo—but it's much more than that. It affects everything.

So, when a company wants to rebrand, it's not about just changing the logo. It's also about changing goals, messaging, tone, voice, style and anything else that contributes to your image. It can be a tricky thing to get right, because ultimately, you can't control what people think. But, a well thought-out and defined brand is the backbone of many successful companies.

If there's so much to it, why would anyone dream of rebranding? When is rebranding the best option?

Well, you could have gotten it wrong the first time. Many businesses overlook branding when they're starting out and later find they need to rethink it. For some, they need to appeal to a broader audience. Others need to change tack when they decide to expand into other markets.

Long-established companies aren't immune to the need to rebrand, either. It might be necessary after an acquisition or merger. Changing industries, attitudes and new competitors can also ignite the need for a fresh image. When a company needs to reposition or rejuvenate itself, rebranding makes sense.

Deeper issues, like an antiquated image or a negative reputation, can spur a rebrand. Sometimes, it can even come down to involvement in a damaging public scandal.

When you face challenges like these, you have two options. You can cling to the old branding that you had when you got into the mess. Or, you can put together a rebranding strategy and work towards a new image.

Whatever the reason, make sure you have a strong case. Though there's a lot to it, rebranding is part of the life cycle for many growing companies. Very few of us wear the same clothes now as we did in high school—so why wouldn't a brand evolve as well? Here's our advice on the five steps to follow to get your rebranding strategy right.

1. Research before you rebrand

Before making any changes, you must do extensive research to find out how your brand can improve. What do people like about your brand? How can it connect with modern consumers? There are endless questions to ask when building a new identity. The more knowledge you have, the more effective your rebranding strategy will be.

During this process, find out what attracted customers to your brand initially... or why they went to a competitor instead. Figure out the problems you need to address.

Coca-Cola once decided to rebrand, but its New Coke campaign flopped. Coca-Cola didn't have any issues with its product's taste or image, but it decided to change both. The result wasn't an energized image but confused loyal customers. So, make sure to do your research.

Burberry's rebranding strategy is a great example of how to strike this balance. After a century-and-a-half of success, Burberry's image started to suffer when—through no efforts of its own—the brand became associated with gang wear and fashion for older generations. Thanks to this double punch, clubs in the U.K. wouldn't allow entry to anyone wearing the brand's iconic plaid. 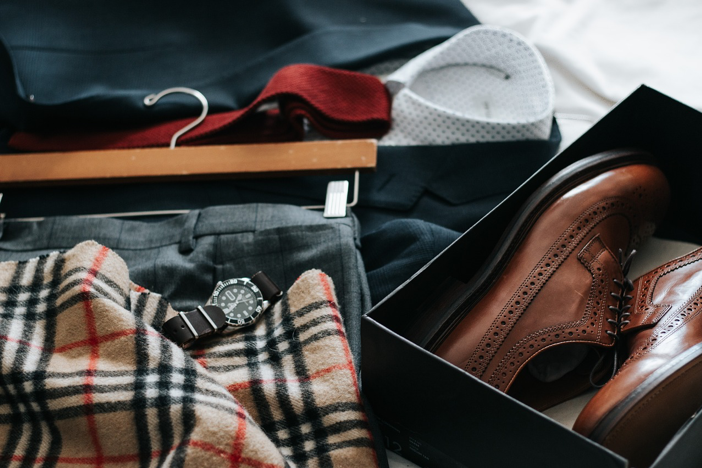 Faced with this unsavory situation, Burberry decided to rebrand, but it did its research first. The company hired an anthropologist to rediscover its roots so that Burberry could highlight its heritage in a way that would appeal to younger audiences (while also disassociating its name from gang wear).

From your research, you'll know what's wrong, and this should help you figure out what you want to achieve. Burberry needed to disassociate its brand from gangs and build a modern youthful image.

Knowing it needed to appeal to younger audiences, the label added more modern styles to its line and recruited well-known celebrities like Emma Watson to promote them. This led to a boost in sales and an image readjustment for the brand, which once again became a luxury name.

There's no point rebranding a business if all you change is the name. When it became The Shack, RadioShack did exactly this. The business wanted to stem the flow of losses, but a name change just didn't cut it. Maybe if it had gotten to the root of the problem and set out more strategic goals, the brand wouldn't continue to close its doors.

With thorough research and clear goals, your rebranding strategy will be well-informed and should make an impact.

3. Get all company stakeholders on-board

To get customers on-board with a rebrand, you'll need to get all stakeholders involved first. Your employees are the main touchpoint between your brand and the outside world, so they need to understand the importance of your new brand. You want to make sure what they say and do is in keeping with your new image.

The CEO who led Burberry's turnaround, Angela Ahrendts, knew there was a problem when she saw that none of the company's managers wore the brand. How can expect your customers to love your brand when your own staff doesn't?

If your rebranding strategy aims to address a bad rep for customer care, you'll have to invest in training and resources to deliver better customer experiences. In situations like these, it can be a good idea to rebrand internally first.

When setting out a rebranding strategy for a client in the financial sector, consultants Spyglass Creative decided to do just this. To convince the board of management of the importance of stellar customer service, waiters with silver platters served lunch to the members and introduced the idea of "sterling service." With a clear view of the vision for the rebrand, they supported the new approach.

4. Have a process planned out

Once you've got stakeholders on your side and know exactly what needs to be achieved, you can put together a plan of action. In the case of Burberry, the company was active on many fronts. It introduced new designs and bought back licenses for its classic plaid pattern, so it could protect the brand's image and make it exclusive once again. The company also created a brand story, which it told through videos and in-store displays.

Your rebranding strategy might require you to take up social media. Or, it could impact the networks you already advertise on.

Prior to 2010, Old Spice was seen as a retro brand for older men. While its reputation was sound, it simply didn't appeal to younger audiences. It decided to change this.

The rebrand was a massive success, opening up the traditional product to a new demographic by making the most of new trends. Old Spice did its research, rebranded for sensible reasons and set out clear goals.

5. Build trust for your new brand

Once you've rebranded, don't slip backwards. Familiarize your audience with your new brand personality by staying consistent and building trust around it.

If you have a new name or logo, don't leave a trace of the old one around. Create new brand guidelines and make it easy for staff to implement them. A brand templating platform like Lucidpress can help by making brand assets easily accessible during the content creation process. When any files are updated, everyone will automatically have access to them, too.

Use your new brand in all your communications to build awareness of it. Use a link shortener like Rebrandly to create branded links for your emails and social media posts. This will build brand visibility and trust. Content marketing and native advertising can also build familiarity and trust in your new image. Be consistent with your new tone, and don't flip-flop between your old brand and the new one.

Branding is an important company asset, and it can leave a lasting image in consumers' minds. Make sure your rebranding strategy sticks, because it can rejuvenate a business and even turn it around when the chips are down. 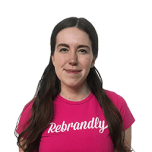 Louisa McGrath is a content manager at Rebrandly, the link shortener empowering marketers to put their brand on their links. She can be seen blogging around Dublin's city center, except on Sundays when she stays in to pore over the newspapers.