To begin to understand what a brand is, you must first understand that your brand does not exist in your marketing department, your public relations team, or your CEO's office. A brand exists only in the minds of your customers. Simply put, a brand is the sum total of all the impressions a customer has, based on every interaction they have had with you, your company and your products. Each one of these interactions tells a story to your customers. If your customer believes that a product is new and innovative, then those attributes become part of your brand in that customer's mind. If your packaging is beautifully illustrated, then they may view your brand as sophisticated or elite. On the other hand, if your service is poor, customers might think you're stubborn or rude. If your print materials are designed in MS Paint, you may look cheap and amateur.

Every interaction sends a message

Imagine all of these interactions as arrows, and each one points to a message. For example, your product (a big interaction) might point to the message that your company is innovative. Another arrow—your beautifully illustrated print advertisements—might point to the message that you're sophisticated and elite. But what if an arrow—customer service—is rude and hard to contact? What if your CEO makes an off-color joke that's caught on a news camera? Every one of these things are interactions you have with your customers, and every one of them is going to affect how they view your company.

All of these examples of interaction "arrows" point to different messages, sending a muddy overall brand message where the customer doesn't know if you're likable or not—whether they want to continue buying your products or go visit your competitor.

To manage your brand, you want to decide on a brand message then make sure that all of the interactions with your company—these arrows—are aimed at your brand message. 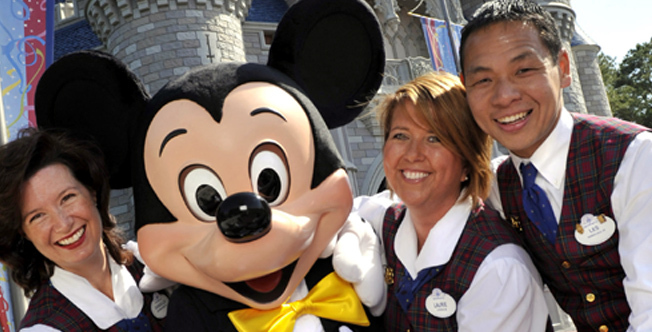 Think, for example, of Disney. Several years ago, Disney decided that their brand was "Magical Family Fun." They now try to point all of their interaction arrows at their target brand, at every level of the company. Yes, there are the obvious examples, like their movies, and theme parks where actors at Disneyland (called "cast members") dress up as Cinderella, Jack Sparrow and Mickey Mouse. But their brand influences the Disney Stores across the country: every morning, when the stores open, cast members select children to ceremonially unlock the stores with a special keepsake key. Even when providing customer service, the cast members integrate the Magical Family Fun brand message—aside from always sounding happy and eager to talk with you, they'll spend extra time on the phone reminiscing about past experiences in the park, always happy to listen to customers' stories or share their own memories. Everything they do, every one of their arrows, is aimed at Magical Family Fun.

Walmart is another interesting example, because their brand message became their slogan: "Save Money. Live Better." Yes, they bargain hard to make sure that they have the lowest prices, but they also initiated the now-widespread $4 prescription plan, selling prescriptions for a much lower margin—or, often, no profit at all. They do everything they can to make their customers' dollars stretch as far as possible. The company's charitable giving is now more than a billion dollars per year.

Whatever brand message you choose, make sure that your customers' impressions—your arrows—all point in the right direction. Remember the old marketing adage: "A bad advertisement is worse than no ad at all." By being a brand ambassador—by sending consistent, targeted messages—your customers will understand exactly who you are and what you can do for them.

Why is branding important? 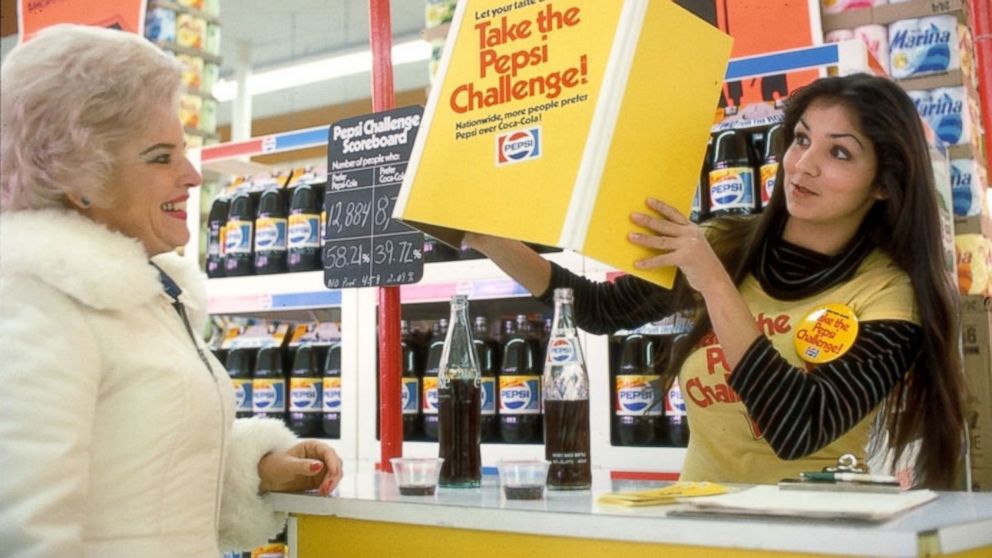 In 1975, marketers at PepsiCo started a campaign that would become a legend in the world of advertising, and would fire the first shot in the Cola Wars. The experiment was simple and effective: booths appeared in malls and supermarkets, sports arenas and state fairs; participants drank two sips of cola from unmarked cups and were asked which beverage they liked better. Overwhelmingly, the choice was clear: consumers favored Pepsi. In almost every venue, in almost every demographic, Pepsi was the winner.

Now, there have been some attempts to explain the disparity. In his 2005 book Blink, Malcolm Gladwell suggested that the reason is due to the small amounts: that, when only drinking a sip, people prefer a sweeter drink—which Pepsi is. But studies haven't always proven that to be true, nor has it been studied nearly as much as competing taste tests.

So what explains it? Well, a research professor at the Baylor College of Medicine decided to really put the claims to the test—to figure out, physiologically, why consumers made that choice.

He put test subjects into an fMRI, a machine that tests brain activity by watching the flow of blood from one region to another. In the first phase of the test, he had subjects drink cola while their brains were being scanned. Once again, Pepsi was chosen as the favorite. It was the ventral putamen that lit up on the scan—part of the brain that makes up the reward system. In essence, the brain was saying "I like this. It makes me happy."

But in the next phase of the experiment, researchers altered a key component of the test: this time, they told participants what they were drinking. It changed everything. No longer was the reward system lighting up: instead, it was the cerebral cortex, the higher-level decision-making part of the brain. When people drank, their brain wasn't evaluating flavor; it was evaluating memories and experience. And when this higher-level cognitive part of the brain was working, Coke soundly beat out Pepsi.

This, according to the researchers, was the effect of branding. When a consumer has previous impressions of a product or company, it will actually change the way their brain evaluates such straightforward decisions as "which tastes better?" Coke has a long history of standout marketing efforts. Collectors buy up old ads and bottles dating all the way back to the 1880s. People buy clothes depicting the famous Coca-Cola logo. There is even a Coke museum in Atlanta, where tourists pay $16 for the chance to view exhibits about how great Coke is. And when they look to make their purchase decisions in-store, all of that material makes for a powerful brand.

This is the strength of a good brand management strategy. Granted, Coke has more than a century behind them, and the love of the brand has been passed down from generation to generation. But while becoming the next Coke is daunting (at best), this does serve as a good aspirational lesson on why branding matters.

Robison Wells is the Senior Content Marketing and Communications Strategist at Lucidpress. In addition to corporate writing, Rob is a nationally published novelist, with his books translated into nine languages. He lives in North Ogden, where he spends his time reading, writing and building models.